… what better way to go than to make them a Cactus T shirt? 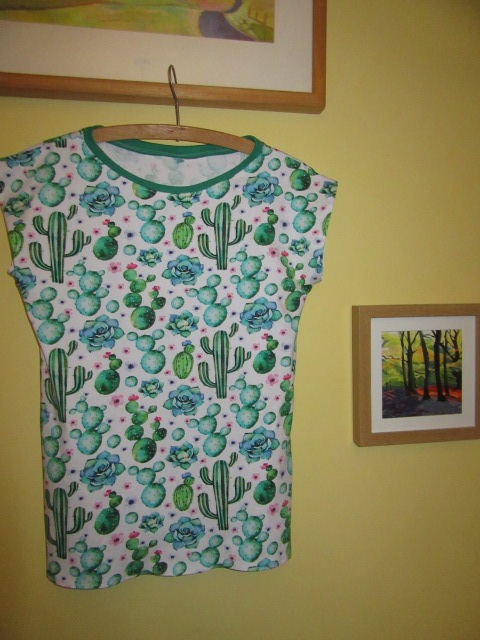 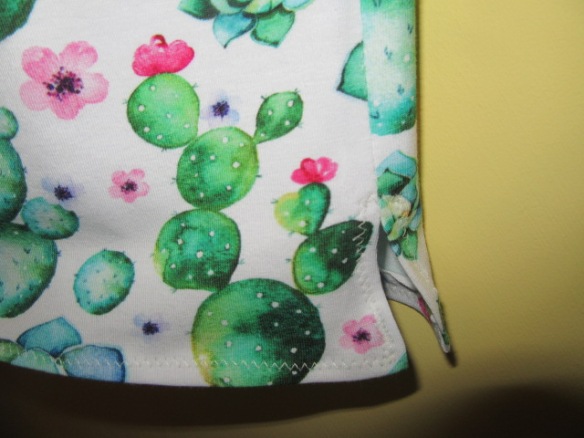 With added length for the beanpole it’s made for 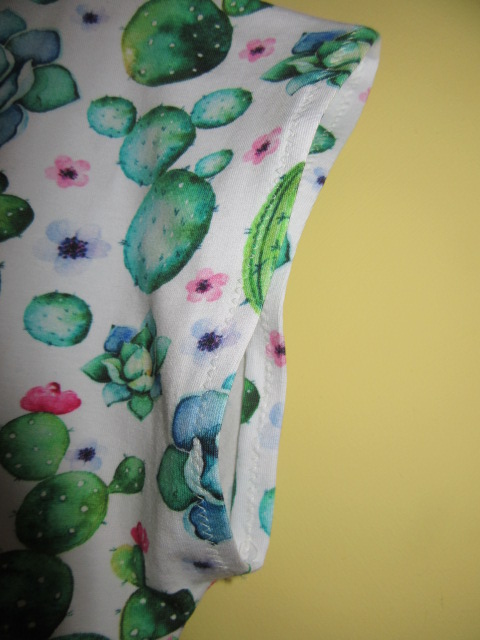 Much better than flowers, don’t you think? 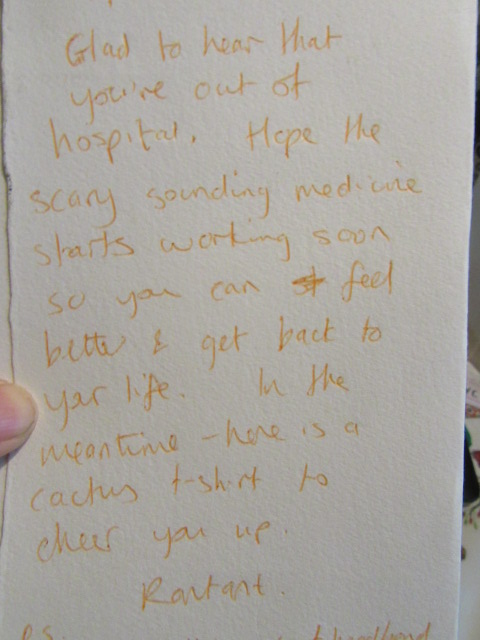 It’s winging its way to her as I type.

The Princess Anna cape that I made The Girl has to be one of my favourite ever makes. But it’s now nearly 3 years old (eek) and getting a bit small for her, plus it’s far too pink for the more sophisticated tastes of a nearly 10 year old. 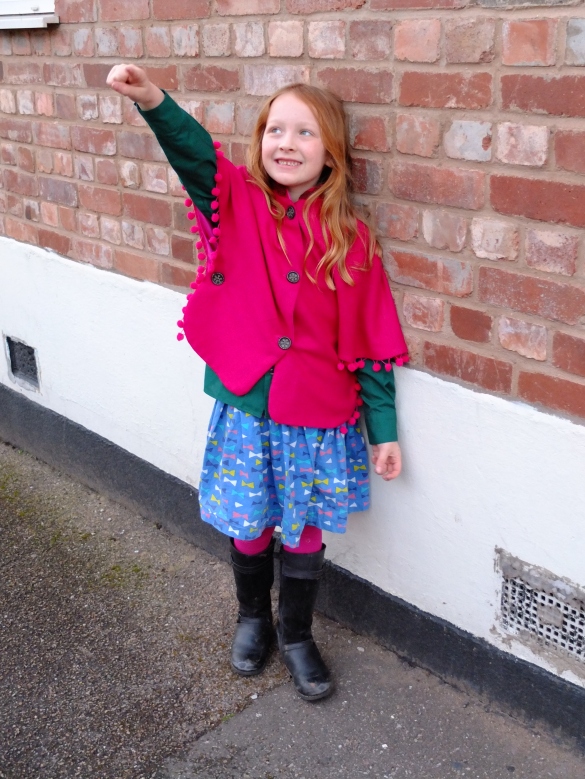 So for Christmas I made her  a new cape, in her current favourite colour, green, in  random cheap wool blend that I picked up locally.  (There was better quality wool available, but it was either too dark or too light for her tastes.)

Having been ill for large parts of December I ended up cutting it out on the 23d and sewing it on Christmas Eve, only realising too late that I’d never bought any buttons. So it was given buttonless and we went button shopping together after Christmas.  She chose these floral patterned ones that I think might be coconut shell. I finally got around to sewing the buttonholes and attaching the buttons earlier this week (Bad Mummy) using some find some vintage button thread that I’d inherited. 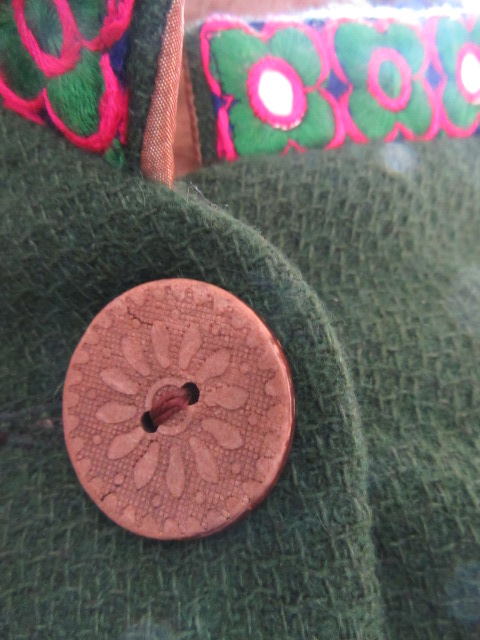 The trim was a last minute decision to add on. It’s been lying in my ribbon box for a while, having been bought it on a trip to Birmingham.  They’re not actually mirrors, but plasticised foil sewn in.

I toyed with having the trim along the bottom of the back and up around the arms, but that meant turning corners (tricky in this wide trim) and there wasn’t enough to meet at the front.

So in the end I settled upon a stripe near the bottom, front and back, which gave me some left over. Adding some to the collar too was The Boy’s idea (he is not a silent model) and for once it wasn’t actually really complicated.  Well not since I’d already decided to add a collar to the pattern again ‘cos I think it looks so much better this way (I used the same tutorial as last time).

The lining is gold “polo” (a polyester fabric) and I snuck a welt pocket on the inside (using this tutorial), which she calls her secret pocket.  Hopefully it’s futureproof as I made sure it fit a smart phone inside, just in case.   It also has a hanging loop added to the neck facing as I did before. 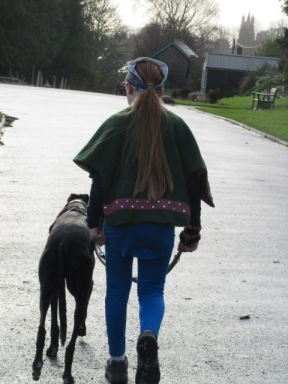 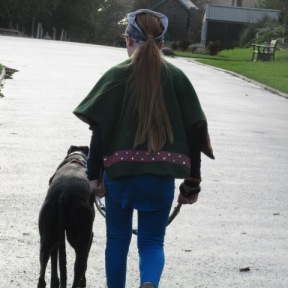 Lets hope this cape lasts as long as the last one, and if she wants another one after that I might have to buy the sister adult version of the pattern, the Woodland Stroll pattern as this is the largest size (age 12) of the Forest Path pattern with 2″ added to the length to boot!  (Did I mention that she’s nearly 10?)